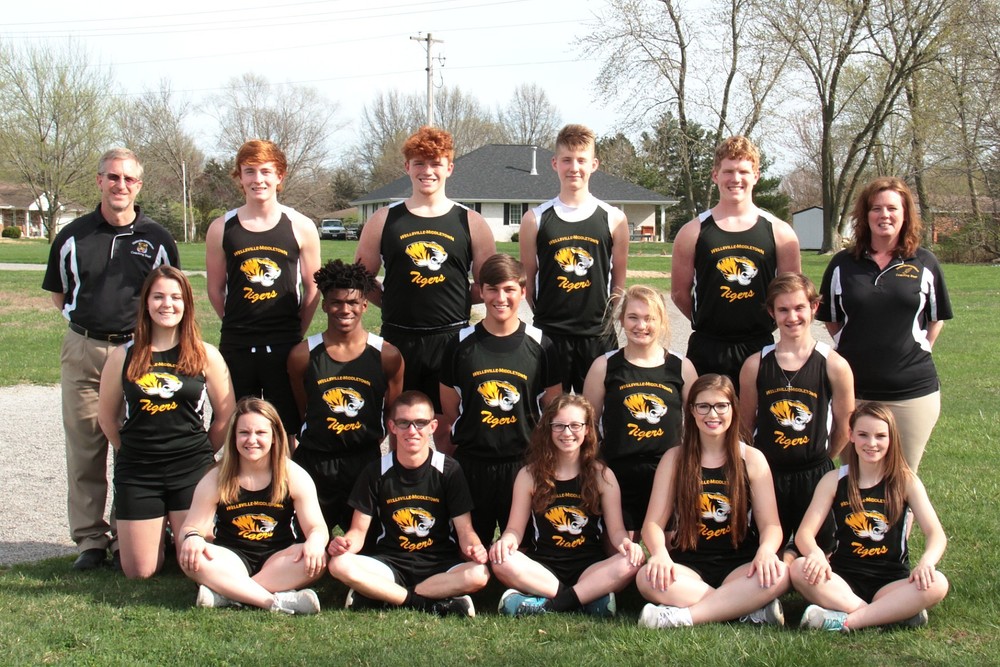 On Saturday, May 4, 2019 the Wellsville-Middletown R-I track team competed in the Class 1 District 1 Track Meet held on the campus of Cape Central High School in Cape Girardeau, MO.  All 13 of the WM athletes competing in the meet earned all-district distinction in at least one event and have qualified to compete in the Class 1 Section 1 track meet to be held at South Callaway on Saturday, May 11.

Also earning points for the team in the district meet was Jamel Mahaney placing fifth in the 100m dash and seventh in the 200m dash.  We had two relay teams that placed fifth:  the 4x100m relay team of Jason Hollensteiner, Mitchell Canterbury, Jordan Harvey, and Jamel Mahaney as well as the 4x400m relay team of Jason and Jacob Hollensteiner, Mitchell Canterbury, and Isaac Seabaugh.  Layne Norris placed 8th in the 3200m run to finish out our scoring.

We were very excited to have all of our participating athletes earn all-district distinction and qualify for the sectional meet.  It was also fantastic to have every one of our male athletes finish in the top eight of every event in which they participated.  We are grateful to Mr. Nasir for providing transportation as well as all of the parents who made the trip to Cape Girardeau and spent the night ahead of our district meet.  We are grateful for their support and grateful for the success and safe travel we enjoyed.  We are also grateful to the Wellsville-Middletown R-I Booster Club for providing money for a meal during our trip.

The Tiger track team is proudly coached by John and Sherri Slovensky.